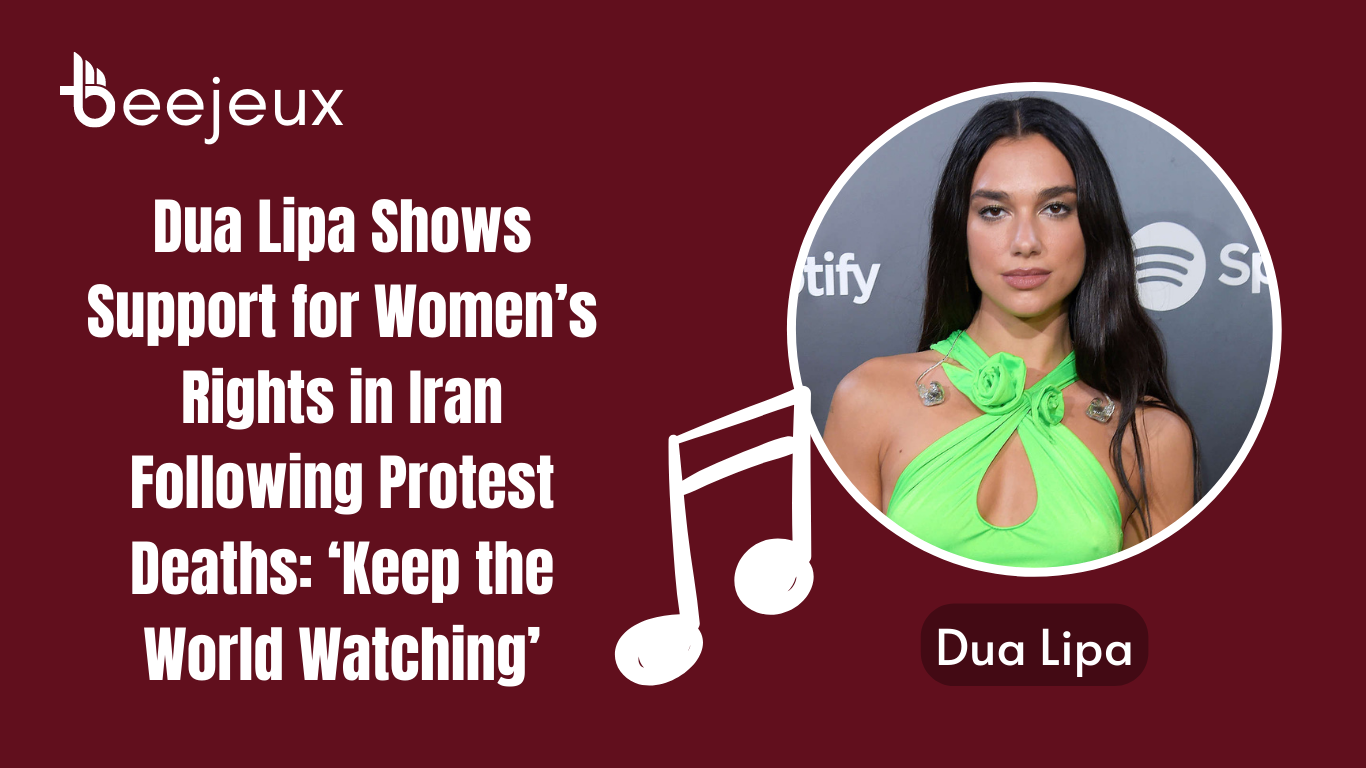 Dua Lipa is speaking out in support of Iranian women.

On October 8, the 27-year-old pop sensation used social media to draw attention to the several young women who have died at the hands of Iranian security forces and police during the nation’s continuing demonstrations.

“The Iranian security forces killed 16-year-old Sarina Esmailzadeh after she protested for women’s rights in Iran. The protest-related death of Nika Shakarami, 16, involved burning her headscarf. The “Levitating” singer posted a gallery commemorating the girls on Instagram. “Hadis Najafi, 23, shot multiple times amid protests caused by Mahsa Amini’s murder, 22, following her imprisonment by the nation’s morality police,” the singer wrote.

Following the murder of Amini, who was imprisoned by the nation’s “morality police” in the streets of Tehran because of the design of her hijab, protests recently broke out across Iran. Officers put the woman in a van, she went into a coma while being held by them, and she passed away two days later. Amini was allegedly brutalised during her detention, and although Iranian authorities claim she passed away from a heart attack, a UN report and Amini’s relatives maintain that she most likely died as a consequence of her wounds.

Men and women poured into the streets of Iran demanding that their complaints be addressed as a result of Amini’s murder.

In her article, Lipa said, “Only four young ladies out of more than 100 protesters paid with their lives. “Police are holding an estimated 1,200 additional people. Do not avert your eyes; the world is watching. We can all use our platforms to help each other make some noise. I support the Iranian ladies.

Lipa is one of several musicians, like Justin Bieber, Yungblud, Ricky Martin, and Halsey, who are supporting the ladies of Iran. Late in September, Lipa also used Twitter Live to talk about Amini and the demonstrations that followed.

She stated, “I haven’t seen anything so powerful and motivating in a long time as the pictures of women demonstrating in the streets by cutting their hair and burning their hijabs.” We see you, we hear you, and we stand in solidarity with any listeners who are in or from Iran.